In Memoriam: John A. Auxier 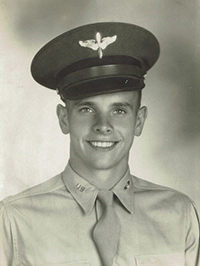 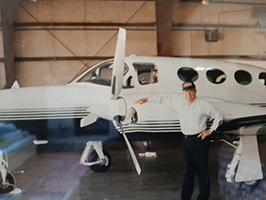 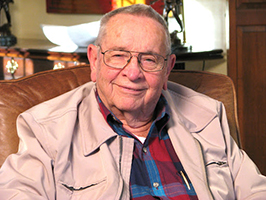 It is often said that "life is a journey." John Alden Auxier's journey began on 7 October 1925, in Paintsville, Kentucky, not far from the rural Appalachian community that bears his family name. His parents were John Brown Auxier and Stella Grace Robinson, both native Kentuckians. John was a seventh-generation American whose ancestors came to Kentucky from Germany (surname "Axer") by way of Pennsylvania and Virginia in the late eighteenth century. His great-grandfather was a veteran of the American Civil War. By the time John was born, the family name was pronounced in eastern Kentucky dialect as "ox-sure."

John's father worked for the C&O Railroad and John, as the oldest of four children, was kept busy on the family's farm. He excelled in school, especially in mathematics and science. During his senior year of high school, at the height of World War II, John passed a two-year college equivalency exam and quit school to join the Army Air Corps. He was trained as a jet fighter pilot and that experience was the start of his love of flying that continued throughout his life. One of his memorable assignments during the war was at the Adak Army Airfield in the Aleutian Islands, Alaska.

John's life journey continued, as he returned from World War II and enrolled at Berea College in central Kentucky, majoring in physics from 1947 to 1951. While at Berea, he became acquainted with Samuel (Sam) Hurst, another eastern Kentuckian and longtime friend, as both became research scientists at Oak Ridge National Laboratory (ORNL). John's love and support for Berea College continued throughout his life. In addition to his generous financial contributions to Berea, he served on the Board of Trustees of Berea for many years and retired from the board as an honorary trustee of the college. In 1987, John was awarded an honorary doctorate of science from Berea.

In 1949, the Atomic Energy Commission (AEC) awarded Oak Ridge Institute of Nuclear Studies (later Oak Ridge Associated Universities) the responsibility for administering the AEC Health Physics Fellowship Program. John was accepted into that fellowship program and studied at Vanderbilt University in Nashville, Tennessee. His classmates at Vanderbilt included many young scientists who became long-time friends and colleagues. He completed the master of science degree from Vanderbilt in 1952.

While a graduate student in 1952, John studied at ORNL as part of the AEC Fellowship Program. That summer John was hired by the University of Texas. Upon completion of his MS degree, John moved to Austin where he coordinated and directed the Health Physics Program and was subsequently appointed chairman of the Department of Physics and Engineering of the Radiological Laboratory.

John returned to Tennessee from Texas in 1955 and began full-time work as a research scientist in the Health Physics Division at ORNL. That was the same year that one of John's mentors, Dr. Alvin Weinberg, became director of ORNL. Weinberg's influence on John's scientific research and professional development was significant. Their close friendship continued until Weinberg's death in 2006.

John was a charter member of the HPS, and he maintained a keen interest in the role and function of the HPS throughout the rest of his life. John was appointed to be the first chair of the HPS Publications Committee. In 1957, after a detailed study of the needs for a professional journal and a poll of HPS members, the committee recommended to the HPS Board of Directors at the annual meeting that the Society publish a journal. As part of the recommendation, John's committee proposed an editorial organization. The journal Health Physics was born later that year, Pergamon Press was selected as publisher, and John was one of the original editors. Throughout the remainder of his career, John was a staunch supporter of the Journal and authored or coauthored scores of papers in the Journal.

John served as HPS president in 1977–1978. He was the 1987 recipient of the HPS Founders Award. In 2006, John was recognized for his lifetime of contributions to health physics with the HPS Distinguished Scientific Achievement Award. He was also a Life Fellow of the HPS.

One of John's most significant scientific accomplishments was his role in the Bare Reactor Experiment, Nevada (BREN) Project during 1962. He served as technical director of the project in which a bare, unshielded reactor was suspended at various heights from a tower above the desert floor at the Nevada Test Site. The BREN tower (at 1,527 feet tall) was constructed in 1962 and is the tallest free-standing structure west of the Mississippi River. Several experiments were performed during the BREN Project using steady-state irradiation as well as short bursts of radiation in attempts to simulate nuclear weapon detonations. Those experiments included tests of the response of radiation detectors to prompt (neutron and gamma) radiation fields, measurement of shielding characteristics of light residential structures similar to typical Japanese homes, and investigations of radiation interactions with ground surfaces and the atmosphere. Those experiments became a cornerstone of modern radiation dose assessments.

As the research at the BREN site in Nevada was ending in 1963, AEC made the decision to move the Fast Burst Reactor to ORNL for ongoing research in dosimetry and radiation biology. The reactor was renamed the Health Physics Research Reactor (HPRR) and was installed in a specially designed structure at the Dosimetry Applications Research (DOSAR) Facility. John was appointed director of the DOSAR Facility and served in that role until 1971. He made lifelong friendships with the researchers from around the world who came to ORNL to perform experiments with neutron and gamma radiation fields from the HPRR. The reactor was operated in either the steady-state or pulse mode. Hundreds of experiments were performed at DOSAR and most of those were documented in peer-reviewed publications.

With the encouragement of Weinberg, director of ORNL at the time, John took a paid leave of absence in 1971 to enroll in graduate school at Georgia Institute of Technology (Georgia Tech) in the Department of Nuclear Engineering. He completed the requirements for the PhD degree in less than two years with his dissertation research topic "Contribution of Natural Terrestrial Sources to the Total Radiation Dose to Man." In recognition of his lifetime work in nuclear engineering and health physics, John was inducted into the Engineering Hall of Fame at Georgia Tech in 1996.

As his life journey continued, John returned to ORNL in 1972 and was appointed director of the Health Physics Division, succeeding Dr. K.Z. Morgan in that position. The division gave increased emphasis to the needs of practicing health physicists and continued fundamental research in health physics-related areas. John also directed research in the investigation of pathways of exposure and biological effects of pollutants (both nuclear and nonnuclear). The responsibilities of the division were revised in 1977 under the new name Industrial Safety & Applied Health Physics Division. As head of that new division, John directed the programs that led to record-breaking performance in industrial safety and protection from toxic materials.

Although John's contributions to science were numerous, the extent to which he shared the results of his scientific endeavors with society is more impressive. He authored and coauthored scores of articles for scientific journals, wrote several chapters for scientific reference books, and presented dozens of papers at scientific meetings and conferences. He served on numerous advisory panels and boards; for example, he served as a consultant to the Radiation Effects Research Foundation in Japan for several years, he was head of the Task Group on Health Physics and Dosimetry for the President's Commission on the Accident at Three Mile Island in 1979,and was a member of the advisory committee to the U.S. Department of Energy for the Northern Marshall Islands, a member of the DOE/Defense Nuclear Agency Inspection and Advisory Team for Cleanup of Enewetak Atoll, and a member of the National Academy of Sciences' Panel on Hiroshima/Nagasaki Occupational Forces. He served several years as an elected member of council of the National Council on Radiation Protection and Measurements and was a Distinguished Emeritus Member at the time of his death. He served on investigation teams for criticality accidents throughout the world. John held two patents, one for the measurement of radon—received long before radon measurement was popular.

John retired from ORNL in 1982, after 27 years of service, to use his health physics experience and credentials in the private business arena. In late 1983, John formed Applied Science Laboratory (ASL) to provide consultation services, environmental assessments, and health physics program design for private companies. ASL was a wholly owned subsidiary of Gulf Nuclear Corporation. John was president of ASL and operated out of a three-building complex in the Clinch River Industrial Park in Oak Ridge. John immediately started assembling other certified health physicists as consultants on several projects, but the growth was not as fast as he wanted.

After two years as president of ASL, John and Gulf Nuclear were approached by International Technology (IT) Corporation to purchase the facilities and contracts of ASL. John was made IT's corporate manager of nuclear sciences and the facilities were renamed Radiological Sciences Laboratory (RSL). Hiring of additional radiochemists and certified health physicists at RSL then expanded significantly by providing a wide range of analytical services and health physics consultation throughout the country.

One of the unique ways in which John has shared his knowledge was by serving as an expert witness in litigation pertaining to occupational exposures and environmental contamination. He was recognized as one of the premier "educators" of the court through his extensive experience with all aspects of health physics and his ability to communicate complex topics in language that was understandable by attorneys, judges, and jurors.

John retired (again) from IT Corporation in 1992 and founded Auxier & Associates, Inc., a health physics consulting firm providing a wide range of services in radiological health, safety, and environmental consulting. He continued to be an active advisor and mentor at Auxier & Associates until his death.

Although his life was filled with many scientific achievements, John frequently noted in his later years that his proudest accomplishment was the founding of the Free Medical Clinic of Oak Ridge in 2010. He and his wife Mary Lou started the "no charge" primary care service for low-income and uninsured residents of the area with unmet medical needs. To date, the clinic has filled nearly 45,000 patient appointments for free medical services.

The life journey of John Alden Auxier ended peacefully on 27 August 2020 at his home in Oak Ridge. His life was a testament to perseverance, hard work, and accepting new challenges. As one of his many former employees said: "His greatest gift was his ability to make you want to be better." One of my favorite quotes from John came in a conversation we were having about stress and he told me, "I don't get stressed, I am a 'carrier'." May he rest in peace.