Did you know that only 6 out of 65 Health Physics Society presidents have been women? 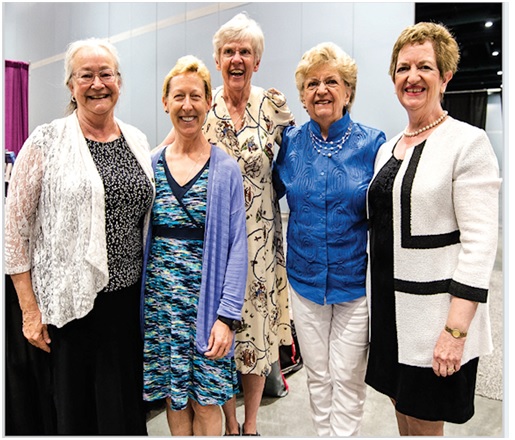 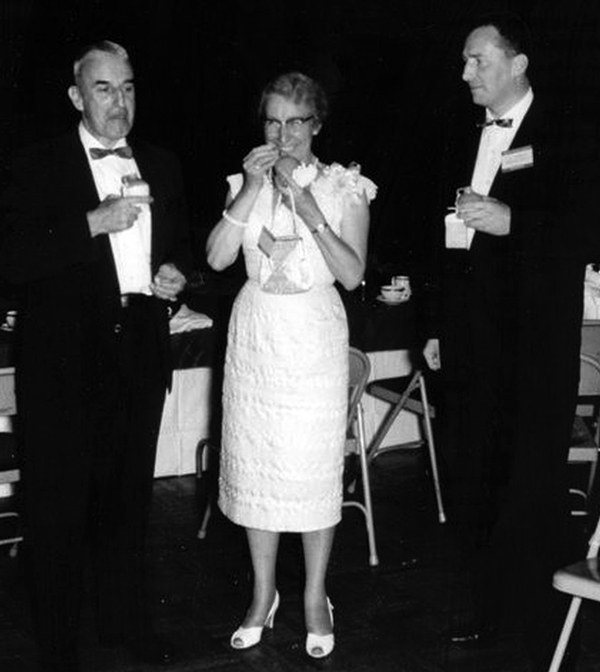 Elda "Andy" Anderson was the first female president of the Health Physics Society (HPS), serving from 1959 to 1960. Prior to her presidency, she also served on the first six boards of directors, including as secretary-treasurer pro tempore (1955–1956) on the very first board. Unfortunately, she passed away in 1961 at only 61 years old.

The HPS was a bustling society in the year of Andy's presidency. It represented 18 countries in addition to the United States, hired its first executive secretary, increased membership by 10% to over 1,400 members, adopted the classic Society symbol, established the American Board of Health Physics (ABHP), and approved the first local chapters. It was a busy time in the HPS!

While Andy was a physicist by training, she is best known for being a mentor and teacher. She was passionate about distinguishing health physics as its own field, and she became the first chief of education and training in the Health Physics Division at Oak Ridge National Laboratory in 1949.

Andy was a remarkable woman, and those who knew her describe her as warm and genuine. She presided over a scientific society in an era when women were viewed as the weaker sex, but that never stopped her. Her tenacity is well remembered among Society members today, 60 years after she was president. 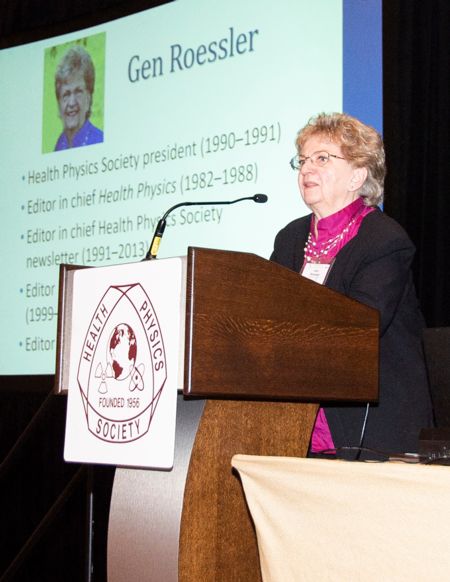 Dr. Genevieve Roessler grew up on a Minnesota farm, which meant that from an early age she did "boy's work"—driving horses and feeding cattle. Her dad taught her that girls can do anything boys can do, and that perspective prepared her for her early academic career in mathematics and science, where she was almost always the only female in her classes.

Among her numerous accomplishments, Gen is a past president of the HPS and a former editor in chief of Health Physics (1982–1988), Health Physics News (1992–2010), and the HPS website (1999–2011). She has received the HPS Founders Award and Distinguished Public Service Award and is also a life member and fellow of the HPS. She was elected as a member of the National Council on Radiation Protection and Measurements (NCRP) in 1990 and became a Distinguished Emeritus Member in 2003. Gen recently stepped down as the editor in chief of the Ask the Experts feature of the HPS website—a public-education endeavor that she created and managed for over 20 years. She passed the baton to another female—Dr. Emily Caffrey—to enjoy her well-earned retirement and time with her grandchildren.

"It was a good time in 1990–1991 to be the HPS president," Gen said. "There were numerous jobs in health physics and there were many health physics academic programs. The nuclear future was bright, science research was well funded, and professional travel was supported by employers. The HPS membership numbers were high (over 6,000), the Society was financially secure, and meeting attendance was high. The Society put money into reserves, provided many benefits to members, and started outreach to the public and government relations programs. However, our technology was not very advanced. We composed on IBM Selectric typewriters, sent messages by fax and the US Postal Service, and arranged travel with the help of agents. We programmed and used our personal computers even though they had no hard drives and only 64 kb of random access memory (RAM). We had no internet, no email, and no PowerPoint." 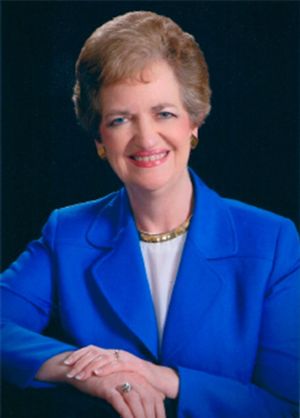 Like many of us, Ruth McBurney fell into health physics by accident. A chemistry professor at Henderson State University in Arkansas recommended she look into the health physics program and the US Public Health Service fellowships that were available at the University of Arkansas for Medical Sciences. As a result, she became one of the first females to enter the program. She now holds a BS in biology from Henderson State University and an MS in radiation sciences from the University of Arkansas for Medical Sciences. She is also a certified health physicist (CHP).

Currently, Ruth serves as the executive director of the Conference of Radiation Control Program Directors (CRCPD). In that position, she manages and directs the administrative office for the organization. Prior to taking that position in January 2007, she was the manager of the Radiation Safety Licensing Branch at the Texas Department of State Health Services, culminating 25 years of service in the Texas Radiation Control Program, most of which involved licensing and standards development.

Ruth has served on the US Nuclear Regulatory Commission's (NRC) Advisory Committee on the Medical Use of Isotopes and the US Food and Drug Administration's National Mammography Quality Assurance Advisory Committee. She is currently serving as a member of NCRP and is also on its Board of Directors. She served as a consultant to the International Atomic Energy Agency in the categorization of radiation sources and recently served on a committee of the National Academy of Science regarding replacement technologies for high-risk radiation sources. She has also been a US delegate to the International Radiation Protection Association's 10th, 11th, 12th, and 13th congresses.

While Ruth was president, the Society celebrated 50 years!

"During my time on the Board and especially during my term as president, the Society and the profession were becoming much more diverse," Ruth said. "Having come from a time in which I was denied jobs simply because of being female to some being the first (or second or third) female to hold certain positions in state government agencies and professional organizations to current times, when we are seeing many women doing great things in health physics and taking active leadership roles, I have seen a lot of change. I was lucky to have some great male supervisors along the way who encouraged me to get involved in HPS and CRCPD and to become certified. The year I was certified by the ABHP, only about 10 percent of the CHPs were female. Now that percentage is significantly higher. I am so pleased to be a part of this organization during this era." 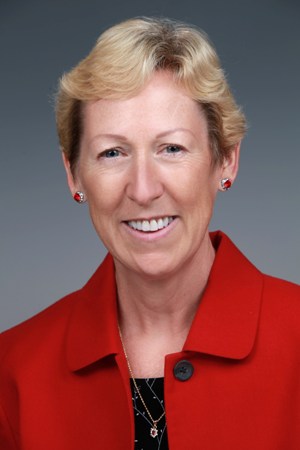 To say Kathy Pryor fell into health physics would be an understatement—she started her college education in 1975 in fashion design at the University of Hawaii! She quickly realized that employment might be difficult to come by and switched to biology at the University of Washington, where she also received her MS in radiological sciences.

Kathy is an HPS fellow and served as president-elect, president, and past president from 2010 to 2013. She is a certified health physicist and served on the ABHP both as a member and chair from 1998 to 2002. She has been a member of NCRP since 2010, serving on numerous scientific committees. Kathy is currently on the NCRP Board of Directors and is scientific vice president of PAC 2 on Operational Radiation Safety. She was awarded the William McAdams Outstanding Service Award by ABHP in 2007 and the John P. Corley Meritorious Service Award by the Columbia Chapter of HPS in 2003.

Kathy has previously held radiation protection technical support positions at the San Onofre Nuclear Generating Station and the Trojan Nuclear Plant and was the radiation safety officer at the University of Southern California Health Sciences Campus. At the time of her retirement, she was the chief health physicist at the Pacific Northwest National Laboratory (PNNL) in Richland, Washington, and provided management and technical support to the PNNL Radiation Protection Division since 1992.

When reflecting on her tenure as president, Kathy said, "It was truly an honor to serve as the fourth woman HPS president from 2011 to 2012. When I first joined the HPS in 1980, both the leadership and membership were populated mostly by men. An examination of the demographics of the HPS about five years ago showed that while the membership is still dominated by men, what has changed is the number of women holding leadership positions in the Society. We even have a section dedicated to women in radiation protection thanks to a cadre of young and energetic women professionals—unimagined in past years!" 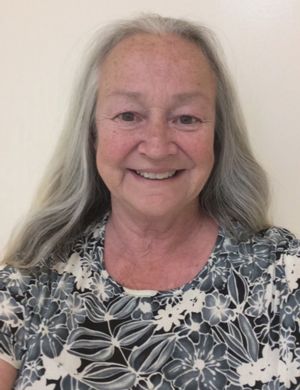 Barbara Hamrick did not plan to spend nine consecutive years on the Society's Board of Directors, but she describes it as some of the best experiences of her professional career. Barbara is currently the radiation safety officer at University of California Irvine Health. Prior to switching to the medical side of things, Barbara spent nearly 20 years in regulatory health physics at the NRC, Los Angeles County Radiation Management, and the California Department of Public Health.

Barbara received a BS and MS in physics from UC Irvine. She earned a law degree in 1999 from Loyola Law School in Los Angeles and is an active member of the California State Bar. And if that wasn't enough, she's also a CHP!

Barbara's service doesn't end with the HPS. She also serves on the US Environmental Protection Agency's Radiation Advisory Committee, which advises the Scientific Advisory Board on matters of radiation protection, radiation science, and radiation science applications. Previously, she served as chair of the Organization of Agreement States and as a committee member of the National Academies of Sciences Committee on Lessons Learned From Fukushima.

"My service and engagement with the Society, especially my year as president, helped me grow professionally and ultimately helped me become a better employee, a more knowledgeable employee, more patient, and more emboldened to envision and facilitate change when needed," Barbara said. "This, perhaps, is the one thing that prevents so many of our members from seeking office—the difficulty of communicating the intangible value of HPS service and membership to one's employer—but it's very real. If we could find ways to package this value and to share the benefits more readily, we could reinitiate growth in the Society. This is one of the great challenges facing us today." 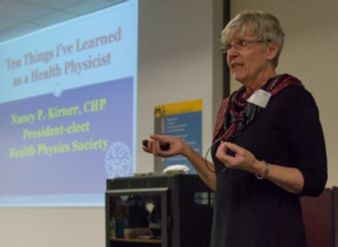 Nancy Kirner joined the HPS back when joining a professional society was an expected part of being professional. She struggled with the same issue many of us face today: a lack of employer support to attend meetings and run for board positions. She was only able to attend meetings sporadically, and as many of us can relate to, she struggled to balance work, family, and professional obligations. When she retired and was asked to run for president, she couldn't think of a reason not to give back to the profession that had given her so much over her career. Her new motto is:

Nancy has a BS in biology and an MS in environmental health sciences from the University of Michigan. She worked for the state of Washington for 12 years, during which time she became a CHP. After 12 years, Nancy left the state and joined the consulting firm of David A. Waite, where she worked as a health physicist for nine years before starting her own consulting company, Kirner Consulting, Inc. She has been incredibly active in the ABHP for many years and in 2010 was awarded the William A. McAdams Outstanding Service Award to thank her for her efforts.

Nancy describes her presidential term with the HPS as "a fantastic blur filled with capable and dedicated professionals. The time sped by so quickly, yet the progress made was frustratingly slow at times. Nonetheless, today, from the seeds that were planted by the Executive Committee during my tenure, some fruit is now being reaped, especially in the area of the Strategic Plan. I only wish I could have stayed longer in the job to get more completed. Now that the HPS has a two-year presidency, I'm hoping to see greater progress and mentorship from one presidential term to the next."