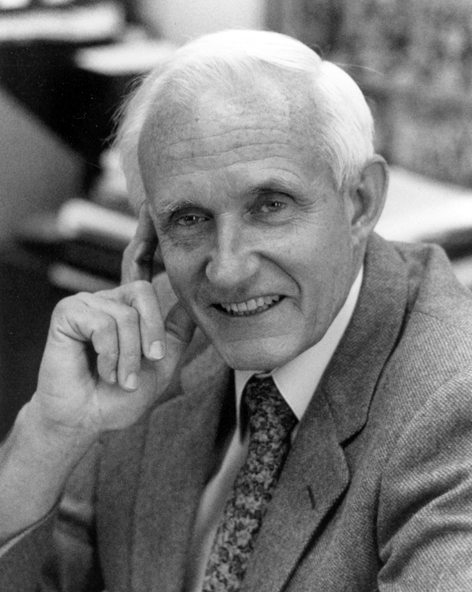 Health Physics Society (HPS) Past President (1984–1985) William J. Bair died on 19 May 2015. Over a career that spanned more than a half-century, Bill achieved a well-deserved international reputation for his numerous original and often seminal contributions to radiation biology research, culminating in 200 peer-reviewed publications and input to numerous learned committee studies and reports. Bill was widely respected, well liked, and admired—on a personal level, a courteous gentleman with the highest scientific ethics who was never too busy to lend a hand to a colleague in need.

Bill was born in Jackson, Michigan, 24 July 1924 and grew up in central Ohio. During World War II he served as a rifleman in the US Army in both the European and Pacific theaters, during which he saw combat and was awarded the Combat Infantryman Badge and the Bronze Star. After the war, Bill enrolled at Ohio Wesleyan University, where he earned a BA in chemistry. This was followed by graduate study under an Atomic Energy Commission Health Physics Fellowship at the University of Rochester, where in 1954 he earned the world's first PhD in radiation biology under the mentorship of the late J. Newell Stannard, with whom he formed a lifelong close personal and professional relationship. While at Rochester, he also met and married Barbara Sites, with whom he formed another lifelong partnership, a union that endured 63 years and produced three sons, two of whom, much to Bill's delight, chose careers in science.

Initially, Bill joined the staff of General Electric, then the prime contractor at the Hanford site, as a biological scientist (1954). In 1956 he was appointed manager of inhalation toxicology (1956), continuing on with Battelle when the Hanford Laboratories were transferred in 1965, being named Biology Department manager (1968) and ultimately manager of the Pacific Northwest National Laboratory (PNNL) Environment, Health, and Safety Research Program. His early research was devoted to studies of health effects of inhaled radioactivity and led to pioneering studies on the movement, clearance, fate, and biological effects of inhaled plutonium and to the discovery of important biological differences in the oxides of 238Pu and 239Pu. The results of these early studies, and particularly those pertaining to particle clearance and retention, were incorporated into the International Commission on Radiological Protection (ICRP) lung model and other dosimetric models used for establishing scientifically based protection standards.

Other accomplishments include oversight of the radioactivity cleanup from atomic bomb testing in the Marshall Islands and the preparation of educational documents in the Marshallese language for the native Marshallese, explaining simply what had happened to their homeland. Bill contributed to many prestigious bodies and committees and received numerous honors for his work. He was a member of the National Council on Radiation Protection and Measurements (NCRP, 1974–1992) and was named an honorary member in 1992. He served on or chaired a number of NCRP and ICRP scientific committees, worked as a consultant to the US Advisory Committee on Nuclear Waste, and served on the Environmental Protection Agency Radiation Advisory Committee and Scientific Advisory Board.

In 1970 he was the recipient of the Atomic Energy Commission Ernest O. Lawrence Award for his pioneering inhaled-particle studies. Bill also received the HPS Distinguished Scientific Achievement Award, Robley Evans Medal, and Columbia Chapter H.M. Parker Award; was a J. Newell Stannard Lecturer and NCRP Lauriston Taylor Lecturer; and was named to the Distinguished Alumni of Ohio Wesleyan University, among other honors. In 1987 Bill founded the charitable Herbert M. Parker Foundation, now a part of Washington State University, to further education in the radiological sciences and to memorialize the great health physicist who had mentored him at PNNL.

In addition to his scientific interests, Bill was a first-class wood turner and woodcarver, fly fisherman, wildlife photographer, and serious orchid grower. He travelled the world extensively, and the mementoes he collected on his travels were interestingly displayed throughout his home. Most of all, he was an exemplary leader, scientist, and wonderful friend and colleague who leaves behind some very large shoes to fill.