Adapted from NRCP In Memoriam 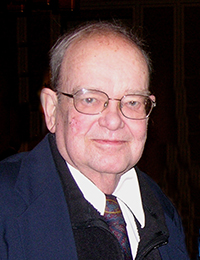 Thomas S. Tenforde died on 6 September 2019 in Berkeley, California, at the age of 78. He was born in Middletown, Ohio, on 15 December 1940. He received his BA degree from Harvard University with a major in physics. He earned a PhD in biophysics at the University of California at Berkeley. He was a senior scientist at the Lawrence Berkeley National Laboratory from 1969 to 1988. He moved to Richland, Washington, where he was a fellow at Battelle's Pacific Northwest National Laboratory from 1988 to 2002. His special areas of research included health effects of nonionizing radiation and the role of radionuclides for medical applications. He received the d'Arsonval Medal from the Bioelectromagnetics Society in 2001. He also received awards from the US Department of Energy in 2000 and the Federal Laboratory Consortium in 2001 for leading the development of 90Y as a therapeutic medical isotope that is used worldwide for the treatment of cancer and other medical disorders.

Dr. Tenforde served as president of the National Council on Radiation Protection and Measurements (NCRP) from 2002 until his retirement in 2012 and was subsequently recognized as president emeritus. He was first elected as a Council member in 1988, serving on the Board of Directors from 1991 to 1995 and again when he was elected president in 2002. He chaired Scientific Committee (SC) 1-15 and SC 89-6 and was a committee member of SC 89-1. Dr. Tenforde also served on the NCRP Nominating Committee from 1990 to 1995, chaired the Annual Meeting Program Committee in 1994, and served on the Program Committee in 2006.

He was a member of several scientific societies, including the American Conference of Governmental Industrial Hygienists (recipient of the William D. Wagner Award in 2013 for contributions to the creation and dissemination of occupational exposure guidelines to promote worker safety), the Bioelectromagnetics Society (serving as president from 1987 to 1988), the Biophysical Society, the Health Physics Society (elected as HPS fellow in 2013), the Radiation Research Society, Sigma Xi, and the Society of Nuclear Medicine. He is the author or coauthor of 170 peer-reviewed journal articles, book chapters, and technical reports. He was particularly proud of the accomplishments during his tenure as president of NCRP, a time the organization issued 55 publications, including 31 reports, 7 commentaries, 1 statement, 5 presidential reports, 10 conference proceedings, and other peer-reviewed articles in technical journals, books, and scientific news magazines along with growth in assets of the organization.

He is survived by his wife Susan Daniels, his two sons Adam (married to Kate) and Mark (married to Alida Gertz), and his three grandchildren (Coraline, Joseph, and Margaret). In retirement, he enjoyed spending time with his family and his two dogs, reading, and watching sports. He was proud of his family and work and hopes this legacy will contribute to further scientific advances. In lieu of flowers, the family requests you please honor Dr. Tenforde by considering a donation to the NCRP. Donations can be sent directly to NCRP at 7910 Woodmont Avenue, Suite 400, Bethesda, Maryland 20814.