In Memoriam: Thomas B. Borak

Adapted with permission from the NCRP and Ward Whicker, HPS 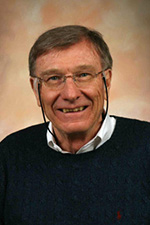 Born 2 August 1942, Dr. Thomas B. Borak passed away on 25 January 2021. Tom was Professor Emeritus on the faculty of the Department of Environmental and Radiological Health Sciences (ERHS) at Colorado State University (CSU). He joined ERHS in 1977 after stints at the European Organization for Nuclear Research in Geneva, as well as Fermilab and Argonne National Laboratory. He was a driving force in building the radiological sciences within ERHS to the prominence it enjoys today. He received a BS in physics from St. John's University (Minnesota) in 1964 and a PhD degree in physics from Vanderbilt University in 1969. His research interests were radiation physics and dosimetry, which has included radiation safety for uranium miners deep within the Earth and ranged to astronauts during space missions.

Tom was first elected to the National Council on Radiation Protection and Measurements (NCRP) in 2001 and became a Distinguished Emeritus Member in 2013. During his tenure, he served as a member of Scientific Committee (SC) 6-2, which published NCRP Report No. 160, Ionizing Radiation Exposure of the Population of the United States (2009), and SC 46-15, which published NCRP Report No. 142, Operational Radiation Safety Program for Astronauts in Low-Earth Orbit: A Basic Framework (2002). Tom also served as a session chair during the 2011 NCRP Annual Meeting "Scientific and Policy Challenges of Particle Radiations in Medical Therapy and Space Missions."

Tom was a consultant to the governor of Colorado concerning issues relating to low-level radioactive waste management and nuclear criticality safety. He was a member of the National Academy of Sciences (NAS) committees on Risk Assessment of Exposure to Radon in Drinking Water (1999) and Assessment of the Scientific Information for the Radiation Exposure Screening and Education Program (2005). He was a member of the NAS committee on Airport Passenger Screening: Backscatter X-Ray Machines. He served on the Radiation Advisory Committee for the Science Advisory Board of the US Environmental Protection Agency.

Tom was a member of the Health Physics Society (HPS) and the Radiation Research Society. He also served on the Board of Directors of HPS and was certified by the American Board of Health Physics. CSU awarded him Outstanding Teaching Awards in 1991 and 1993.

In his personal time, Tom was a dedicated family man, spending time gardening, cooking, and helping care for and teach his two young grandchildren, especially during the COVID pandemic. After moving to Colorado, he took up fly fishing and became a highly skilled angler, exploring many local rivers and lakes as well as remote areas in Alaska, Mexico, and New Zealand. Joel Bedford and Ward Whicker, both familiar personalities to those in the radiation protection field, were frequent fishing companions and very close friends. His kindness, honesty, and humor were shared with literally everyone he met, in all settings and circumstances.

Tom was an internationally renowned physicist, a respected educator, and a valued colleague; for many he was also a dear personal friend. Tom gave so very much, he meant so very much to so many, and the collective grief to friends from losing this man cannot be easily described or bounded by words. Tom was a true friend to a long list of people. These qualities sometimes hid Tom's brilliant intellect from those not in his scientific domain. His enduring enthusiasm will remain—"larger than life"—in our memories.