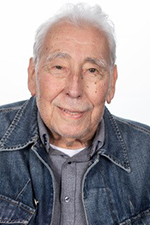 On 17 November 2020, shortly before his 91st birthday, Dr. Rupprecht Maushart died peacefully, surrounded by his family. We are losing an excellent, sharp-thinking specialist, enthusiastic radiation protectionist, and above all, a dear, honest, and humorous friend.

Rupprecht was born in Baden-Baden, Germany, and raised in the Black Forest. After school during the Second World War, he studied physics with Prof. Gerthsen in Karlsruhe. Rupprecht began his professional life as a pioneer in the construction of the nuclear research center near Karlsruhe, where his first task was to inform the population about the tasks and goals of this center. This is how he learned the importance of clear and effective communication. Together with Hans Kiefer, he developed a department for radiation protection. The standard work of the two—Radiation Protection Measurement—shows how they developed the basics of radiation measurement technology. Many radiation protection experts, including those of today, appreciated this work as a textbook during their studies and afterwards.

With the passing of Rupprecht, the International Radiation Protection Association (IRPA) loses its last cofounder. In the sixties, he acted as general secretary in the European section of the Health Physics Society and was one of the driving forces behind the establishment of IRPA. In 1964, the Health Physics Society, under the presidency of W.T. Ham, took up the idea of founding a single international health physics society or radiation protection association. Dr. Karl Z. Morgan was commissioned to investigate the preconditions and to explore the opinions and willingness to cooperate among key people in the field of radiation protection around the world. A preliminary committee was formed that consisted of 46 people from 25 different countries, among them Rupprecht, who represented the Federal Republic of Germany. IRPA was formed on 19 June 1965 and the first congress was held in Rome in September 1966. Rupprecht was active on the Executive Council of the newly established IRPA and served also as its treasurer from 1990 until 2010.

For the German-Swiss Association for Radiation Protection (FS), an organization for radiation protection experts in German-speaking countries and worldwide, Rupprecht played a decisive role because he was the driving force behind the establishment of the professional association in 1966 (by the way, three months before the establishment of IRPA), which these days is a powerful association of more than 1,400 practitioners and scientists.

His life's work over the past 25 years was StrahlenschutzPRAXIS (SSP), the membership magazine of the Association for Radiation Protection. Rupprecht always had a strong interest in the publication of knowledge and passing this knowledge on in an understandable way to the practical radiation experts and especially to the younger generation. His predilection for writing, for objective communication, for critically questioning statements, and for professional, understandable training and further education led to the idea of a specialist journal for radiation protection practitioners—an attractive and readable publication even for the interested nonspecialists. With these goals in mind, the first edition of the SSP was published in 1995 under the editorship of Rupprecht, which he handed over to his wife Bärbl Maushart at the beginning of 2013. Rupprecht accompanied and professionally influenced the development of the SSP up to the 100th edition.

After his retirement, Rupprecht was able to devote himself passionately to the topics that were close to his heart—communication on risks in radiation protection and, in particular, the training of young practitioners and scientists in radiation protection. The FS therefore brought the idea of the Rupprecht Maushart Prize into being. The lifetime achievement of Rupprecht's work ideally combines science, application, international cooperation, and publications for the public.

On behalf of all members of the German-Swiss Association for Radiation Protection, I would like to express our condolences on the passing of Rupprecht Maushart. As a pioneer of the professional association and the international radiation protection community, he will not be forgotten!