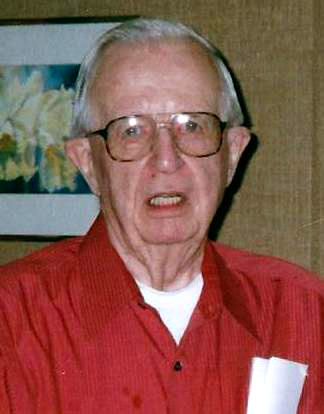 Robert Martin Ryan, known to many of us as "Uncle Bob," passed away 1 September 2012, surrounded by his family. Bob was a native of Albany, New York, where he lived most of his life. Before retiring in 1994, Uncle Bob was professor and radiation safety officer (RSO) at Rensselaer Polytechnic Institute (RPI), where he served for more than 35 years. Bob joined the Northeastern New York Chapter of the Health Physics Society when it was formed in 1960 and was a very active member throughout his life. He served as chapter president (1970–1971) and multiple terms in other positions. He finished a term as councilperson only last year.

Bob was a U.S. Navy Korean War Veteran, graduating from RPI in 1975 with a degree in sanitary engineering. He received a fellowship from the U.S. Atomic Energy Commission to study radiological health at the University of Rochester and Brookhaven National Laboratory. In 1960 Bob and a team of nuclear scientists installed the world's first portable nuclear reactor at Camp Century, Greenland Ice Cap. In 1961, during the height of the Cold War, he served as a scientific observer at Christmas Island in the South Pacific, where the largest-ever United States government nuclear weapons testing program was conducted. In many ways, Bob had a front seat to not just American historical events but global historical events. In 1962 he became an adjunct associate professor at RPI and director of the Office of Radiation and Nuclear Safety. Out of all of his accomplishments, it was teaching he loved most. He was not only an educator but an advisor and friend to his students.

I met Uncle Bob in September 1981, during the first day of my first class at RPI. He taught radiological engineering, which is a class that every student enrolled in the nuclear engineering or health physics program would take, so you can imagine how many lives he touched. Many of his students have made and continue to make many contributions to the field of health physics. Just to give you an idea, among Bob's most well-known former students are two past presidents of the Health Physics Society (2001–2002 President George Anastas and 2004–2005 President Raymond Guilmette) and the current National Council on Radiation Protection and Measurements president (John Boice). Like many people before me, Uncle Bob took me under his wing in more ways than I can describe. Being a graduate student far away from home, he made sure I kept up with all my classes, not just his class, and that I had a place to go during the holidays. He and his lovely wife Peggy always invited me to spend some time with them. It is thanks to Bob that I became involved in the field of health physics—in particular, radiological emergency response, a field that has proven to never go "out of style." He helped me find my first internship at the New York State Energy Research and Development Authority and advised me when I landed my first real job with Dames and Moore. It was Bob, and my thesis advisor, Dr. Max Yeater, who suggested I accept a job with the New York State Department of Health, Bureau of Environmental Radiation Protection, one of the best decisions I've ever made. Uncle Bob was not just a teacher, but a mentor, an advisor, and a friend. He cared for his students beyond the classroom. Even after all these years, we continued to stay in touch whenever we could—a quick lunch, a chapter meeting, etc., just to catch up. Even though I didn't have any "real family" in New York, my daughter and I had Uncle Bob.

Bob had a long career at RPI, and when he finally decided to retire in 1994, Dr. George Xu was among those who came to interview for the position. George served from 1995 to 2002 as the RSO and is currently the head of the Nuclear Engineering program at RPI. When asked for some thoughts about his experience with Bob, George acknowledged the invaluable help he had received from Bob:

I found Bob to be extremely friendly, intelligent, and knowledgeable about operational health physics, which made my initial months as the RSO much easier. I remember that, as we talked through a chemistry lab, Bob told me fondly about how Professor Herbert Clark famously detected the nuclear fallout in Troy, New York, two days after the nuclear bomb was detonated in the Nevada desert on 25 April 1953. Bob also told me stories about RPI's nuclear engineering program, which started in the late 1950s when the LINAC was constructed with a grant from the Atomic Energy Commission. Before long, I gained an impression that RPI had a very long and rich history in this field. As I became more involved in teaching and research later on at RPI, I gradually recognized the important role Bob had also played as an educator, especially in training a large number of highly qualified health physicists who are still working today in nuclear power plants, research labs, and government agencies throughout the United States. Although I never directly worked with Bob, it was clear to me after my 18 years at RPI that Bob really embodied all the good qualities as a campus RSO and a professor. He will be sorely missed by us at RPI.

Bob had two passions, teaching and hockey . . . not just any kind of hockey, but RPI hockey. I don't think he missed many home or away games. You could always find him and Peggy at the Field House watching an RPI match, even after Peggy was the unlucky recipient of a hockey puck! Bob loved hockey, but also wanted to make sure the hockey players maintained their eligibility to play, so he tutored them.

In closing, I would like to say that Bob was really influential in my personal and professional lives and I will miss him dearly.