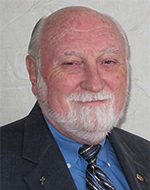 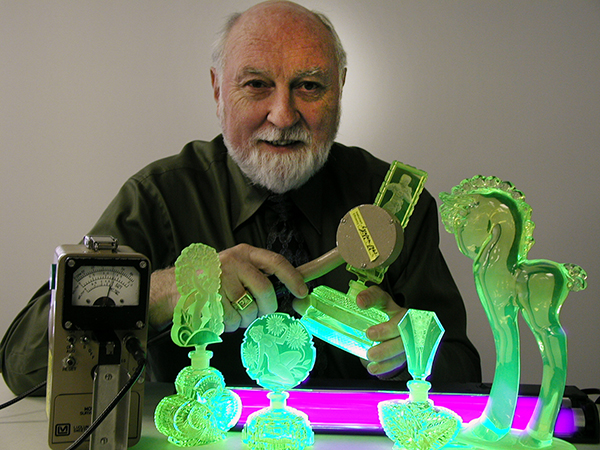 Raymond H. Johnson, Jr., MS, PSE, PE, FHPS, DAAHP, CHP, died Tuesday, 8 September 2020 in Vermont. Ray was an active plenary member of the Health Physics Society (HPS) since 1966 and a Fellow member since 2000. He contributed significantly to the management of the HPS through his service on the Executive Committee as secretary, treasurer, and president from 1992 to 2001. He served on many HPS committees, including as chair of the History Committee from 2005 to 2012. While on the History Committee, he conducted video interviews of over 75 senior HPS members. Ray served as chair of the Professional Development School (PDS) Committee, served as dean for several schools, and presented over 15 PDS lectures in the past 20 years. He cofounded the Radon Section of the HPS in 1994 and served as its second president. He founded the RSO Section (now the AIRRS Section) in 1997, encouraging RSOs to join for mentoring and support, and served as secretary of the section.

He became a certified health physicist (CHP) in 1983 and served as treasurer and president of the American Academy of Health Physics from 2009 to 2015. He served on several committees of the National Council on Radiation Protection and Measurements and the National Academy of Sciences/US Nuclear Regulatory Commission. He was also a charter member of the American Association of Radon Scientists and Technicians and served as president from 1995 to 1998. He was the founder and first president of the National Radon Safety Board from 1997 to 1999.

Ray was a longstanding active member of the Baltimore-Washington Chapter of HPS (BWCHPS) since 1983, having held the offices of president, public information chair, secretary, science teachers workshop chair, and cochair of the Local Arrangements Committee for the 1991 HPS Annual Meeting in Washington, DC. Ray also participated as an instructor in the BWCHPS's First Responder Assistance Training program. He edited the BWCHPS newsletter for over 20 years and was selected for honorary life membership in 2000. Ray would not hesitate to impart his sage wisdom to members of the chapter Executive Committee regarding procedural matters within the chapter or national HPS membership during his time on the chapter Executive Committee.

Ray began his career as a commissioned officer in the US Public Health Service (PHS) in 1963 after obtaining graduate degrees from Massachusetts Institute of Technology and Harvard and engaging in PhD studies at Rensselaer Polytechnic Institute. In the early days of his career, he directed development of radiation monitoring techniques at US Department of Energy national laboratories, nuclear plants, and shipyards in the United States and Chalk River Nuclear Laboratory in Canada. Beginning in 1972, his PHS career took him to the US Environmental Protection Agency, Office of Radiation Programs, where he was the chief of the Radiation Surveillance Branch until his retirement in 1985. He retired as an O-6 with 29 years of active duty in 1985. He then set up the Radiation Safety Academy, a consulting practice where he has trained over 3,500 RSO students. He later directed the Radiation Safety Counseling Institute.

An author of over 600 book chapters, articles, professional papers, training manuals, technical reports, and presentations on radiation safety, Ray has also received over 35 professional-society awards. He received the HPS Founders award in 2016, when he achieved the notable 50th anniversary as an HPS member.

Ray was an active member of his church, where he has served as a commissioned Stephen Minister since 2003. He enjoyed spending time with his family and at his cabin in Vermont. Ray is survived by his wife, MaryAnn; his children and their spouses, Greg and Monnie, Nancy, Sara and Craig, and Alice; and his 14 grandchildren and 3 great-grandchildren.