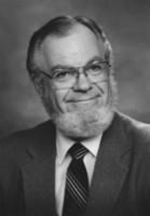 The profession of health physics lost a champion with the death of Keith Schiager on 3 March 2021. Keith had a varied career that spanned many decades and took him from coast to coast. He was a leader in the Health Physics Society (HPS) at the national level as president-elect from 1991 to 1992, as the president from 1992 to 1993, and as a member of the Board of Directors. He was active at the local level as the president of two HPS chapters. Keith also served a term as president of the American Academy of Health Physics. He joined the HPS in 1958 when the Society was in its infancy and remained an active member throughout his professional career.

Keith was born in 1930, graduated from Colorado Springs High School in 1947, and served four years in the Air Force during the Korean War. He was awarded a Commendation Medal for a technical maintenance improvement invention. After his stint in the Air Force, Keith moved back to his home state with his wife, Barbara, and his growing family. He enrolled in the physics department at Colorado Agricultural and Mechanical College (now Colorado State University [CSU]) earning a BS degree in physics in 1956. Keith began his career in health physics as an Atomic Energy Commission Fellow in Radiological Physics at the University of Washington. He had finally found a field that offered great opportunities to "do something worthwhile for society." Keith attended his first HPS meeting in 1957 at the University of Pittsburgh, where nearly 20 years later he would become a tenured professor.

After several years as a health physicist at Argonne National Laboratory, Keith enrolled in a doctoral program at the University of Michigan, completing his master of public health degree in 1962 and PhD in June 1964. In the middle of juggling family responsibilities with two children, dissertation research, and language studies, he took the health physics certification exam in 1963 and passed.

Keith, Barbara, and family returned to Fort Collins in 1964 to join the faculty in the new health physics program at CSU headed up by Adrian Dahl. While at Argonne, Keith had developed an interest in the risks from inhalation of alpha-emitting radionuclides. During his stint at the University of Michigan, he spent time with Duncan Holladay, a pioneer in the study of radon-induced lung cancer in uranium miners. CSU had applied for a research grant on the subject so it was a natural fit for Keith. His research at CSU centered around radon and hazards to uranium miners. During his initial years at the university, he recognized that little attention was being given to other hazardous materials and conditions on the campus. So, in addition to his research and teaching, Keith established and directed the CSU Office of Environmental Health Services.

After nine years at CSU, Keith migrated south to New Mexico to become the leader of the Environmental Surveillance Section at Los Alamos. His work there included research into radioactive waste management. He met his second wife, Jan, during his time in New Mexico. In January 1975, Keith accepted a position on the faculty at the University of Pittsburgh. While there, he was involved in plans for development of a high-level radioactive waste site as well as continuing his work with the uranium recovery industry.

In 1978, Keith left Pittsburgh and returned to Colorado, where he established a consulting firm that he incorporated, appropriately, as ALARA, Inc. His consulting work was mainly centered around the uranium industry, including a contract with the US Bureau of Mines to evaluate the methods used to monitor exposures of underground miners. As a consultant, he was involved in environmental monitoring around uranium mills. Recognizing that there was a need for reliable environmental monitoring methods for uranium facilities, Keith designed and constructed the Gamma and Ambient Radon Detector (GARD), a device that could accurately measure both gamma radiation and radon concentrations in the environment. The GARD was tested and cross-calibrated in several laboratories and found to exceed regulatory requirements. These devices provided accurate environmental measurements around uranium facilities for the next 20 years. During this period, Keith was also involved in decontamination of uranium processing facilities. He developed a method for analyzing soil samples on site that would allow for rapid determination of radium concentration to assess whether the soil cleanup met the required standard without having to wait for laboratory analyses.

In 1982, Keith returned to the academic world as the director of Radiological Health at the University of Utah in Salt Lake City, where he set out to revamp the program, writing a new Radiation Safety Manual and initiating an updated records system. While at Utah, he was involved in some unusual and somewhat perplexing radiation safety issues including decommissioning a Co-60 irradiator and monitoring cold fusion research being conducted at the University.

After his retirement from the University of Utah in 1999, Keith enjoyed traveling with his wife, Jan, and engaged in the sport of orienteering, an activity that he shared with his grandsons. Over many years, Keith played a large role in the Presbyterian Church as an elder, deacon, and teacher. In addition to his active participation in the local church, during his time in Salt Lake City he led Bible studies at Utah State Prison and at the Highland Cove Senior Living Community.

Keith is survived by his four children—Jerome, Alicia, Gretchen, and Karen—and many grandchildren and great-grandchildren as well as the students he taught, guided, and inspired over his many years of service to the profession.

In his President's Message in 1992, Keith wrote the following: "Occasionally we need to remind ourselves of the fundamental reason for the existence of the profession … Without a clear vision of our objective, we cannot expect to guide others to appropriate and consistent radiation protection activities. We should remind ourselves that the first word in health physics is health!" We would be wise to remember and follow his advice.