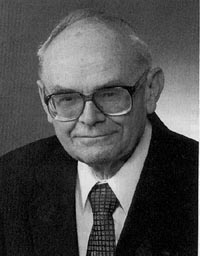 John Howard Hubbell passed away on 31 March 2007 at the age of 81. He was born in Ann Arbor, Michigan. John earned a bachelor of science degree from the University of Michigan in 1949 and a master's degree in physics in 1950. He served in the Army in Europe during World War II and was awarded a Bronze Star Medal in 1984.

John had a long and distinguished career at the National Bureau of Standards (now known as the National Institute of Standards and Technology [NIST]), spanning the years from 1950 to 1988, and continued as a consultant after his retirement. He began his career in the X-Ray Crystal Diffraction Group and directed the NBS/NIST X-Ray and Ionizing Radiation Data Center from 1963 to 1981. His early work dealt with measurements and theoretical analysis of gamma-ray backscattering and unfolding of the energy response of sodium iodide detectors. His collection and critical evaluation of experimental and theoretical photon cross-section data resulted in the development of tables of attenuation and energy-absorption coefficients, as well as related quantities such as atomic form factors, incoherent scattering functions, atomic photoeffect, and pair and triplet production cross sections. John's most widely known work is National Standard Reference Data Series Report 29: "Photon Cross Sections, Attenuation Coefficients, and Energy Absorption Coefficients from 10 keV to 100 GeV." His database has been used by many scientists, both throughout the United States and abroad. One of the pieces of work in which he took great pride was the first analytical solution to the Rectangular Source problem, now called the Hubbell Rectangular Source Integral, published in the Journal of Research of the National Bureau of Standards in 1960.

John was active in many professional societies and was a Fellow of the Health Physics Society (HPS), the American Nuclear Society (ANS), and the American Physical Society. He was a founding member, Fellow, and past president of the International Radiation Physics Society (1994-1997). He served for six years as the chair of the General Radiation Protection Section of the HPS Standards Committee and was a member of the Department of Energy Cross Section Evaluation Working Group since 1965. He served on the ANS Isotopes and Radiation Division Committee on Radiography and Gauging and as acting chair of the Nuclear, Atomic, and Radiation Data Committee.

John published over 120 papers in the area of radiation physics during his long and distinguished career. Three of his publications were named Citation Classics by the Institute for Scientific Information. He was also editor in chief of the journal Radiation Physics and Chemistry.

John traveled extensively, both in a professional capacity and to pursue his interest in astronomy and solar-eclipse photography. In February of 1979, he departed by automobile for Manitoba, Canada, during the worst winter storm that the region had seen in 50 years, in order to view a total solar eclipse. He and his wife Jean followed up that feat with a trip to view a total solar eclipse in Surabaya, Indonesia, on their wedding anniversary in 1983, another in Baja California Sur, Mexico, in 1991, and one in the Libyan Sahara in 2006. John was an accomplished harmonica player, entertaining many a colleague, friend, and stranger with his harmonica during his travels.