by David A. Schauer and Paul K. Blake, US Navy (retired) 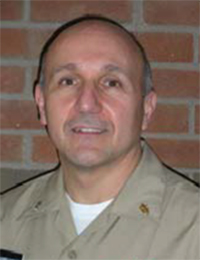 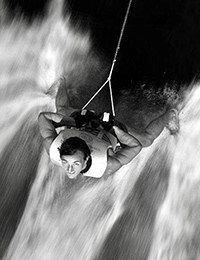 Commander James R. Cassata, PhD, CHP, died at the age of 61 after a heroic battle with non-Hodgkin's lymphoma. A resident of Collegeville, Pennsylvania, since 2014, he was born in Buffalo, New York, on 2 June 1959.

Jim's naval career began in 1987 and ended with his retirement in 2012. Here's an overview of his distinguished career of public service.

Jim was a radiation health officer in the US Navy and served as an assistant professor at the Uniformed Services University of the Health Sciences (USUHS), in the Department of Radiology and Radiological Services, in Bethesda, Maryland. He was extensively involved with providing radiation health protection support for Operation Tomodachi, the US Department of Defense (DOD) humanitarian relief effort for the people of Japan suffering from the 11 March 2011 earthquake and tsunami that devastated much of the east coast of Japan. Jim was instrumental in developing the DOD's radiation internal monitoring program in Japan that resulted in over 8,225 military, federal civilian employees, and their dependents being monitored for internal intake of radioactive material. He was part of a six-member joint military service working group that completed the upper-bound dose calculations for over 75,000 DOD-affiliated individuals, including unborn children, who were living or working in or around Japan during the months following the earthquake. Jim was awarded the Navy Legion of Merit for this critical work.

Prior to his USUHS tour, Jim served in a variety of other positions, including officer in charge of the Radiological Affairs Support Office in Yorktown, Virginia; head of the Non-Ionizing Radiation Protection Branch at the Bureau of Medicine and Surgery in Washington, DC; director of the Radiation Health Division at the Portsmouth Naval Shipyard in Kittery, Maine; science advisor for the Naval Dosimetry Center in Bethesda, Maryland; assistant professor in the Naval Architecture, Ocean, and Marine Engineering Department at the US Naval Academy in Annapolis, Maryland; and division director of the Nuclear Physics Department at the Naval Nuclear Propulsion School in Orlando, Florida. Jim was perhaps best known during his naval career as the military scientist who designed and co-implemented the DT-702/PD, a four-element LiF:Mg,Cu,P phosphor, occupational radiation dosimeter (2002–present) that annually monitors approximately 55,000 naval personnel.

Jim assumed the role as National Council on Radiation Protection and Measurements (NCRP) executive director following his retirement from the Navy until 2104. In addition to serving as NCRP's executive director, Jim was a member of the scientific committee that produced NCRP Report No. 166, Population Monitoring and Radionuclide Decorporation Following a Radiological or Nuclear Incident.

Jim joined the Nuclear Regulatory Commission (NRC) in 2014 as a health physicist in the Division of Nuclear Materials Safety, Region I. He performed a wide range of inspections and licensing activities of NRC licensees focusing on radiological safety and security. He was named the Division of Nuclear Material and Safety Employee of the Year for 2015 and was recognized for Outstanding Professional Achievement in 2016.

Jim was a plenary member of the Health Physics Society (HPS) since 1996 and served on the HPS Standards Review Committee since 2004. He was a member of the HPS technical working group for the revision of ANSI/HPS N13.32, Performance Testing of Extremity Dosimeters. He served as one of six national Inspectors for the National Voluntary Laboratory Accreditation Program (NVLAP) in Ionizing Radiation Dosimetry Program from 2000 to 2007. Jim received the volunteer of the year award for his work in running the exam review course from the Baltimore-Washington Chapter of the HPS in 2002. He also served as president of the Military Health Physics Section of the HPS from 2017 to 2018.

Jim is survived by his wife Lisa. He was a wonderful husband, brother, uncle, and friend. He will be missed by all who had the pleasure of knowing and working with him.

Jim had the ability to unpack complicated technical issues with the same ease and excellence that he back barefooted and glided over the waves in this classic photo from his prenaval career as a professional water skier at Cypress Gardens. He's looking down on us with that big Italian smile. Rest easy, shipmate. We have the watch.