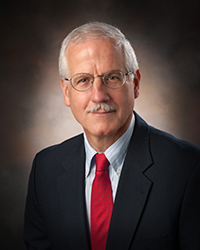 Gerald Timothy "Tim" Jannik passed away 2 July 2021 while participating in something he deeply loved—rowing on the Savannah River.

Tim's passing is a huge loss to the health physics community and beyond. He had been a member of the Health Physics Society (HPS) since 1992 and the HPS Savannah River Chapter since 1991, serving as president from 2006 to 2007. He was a long-standing member of the Environmental/Radon Section and served as president/past president from 2010 to 2012. Tim was also a technical peer reviewer for the Health Physics Journal.

But this is just the tip of his accomplishments: Tim had over 42 years of experience in the nuclear industry, including 32 years at the Savannah River Site (SRS). Since 1995, Tim was the environmental dosimetry technical lead at the Savannah River National Laboratory (SRNL), the subject-matter expert (SME) for human health risk and environmental dose assessments, and the technical advisor for SRS environmental monitoring. Between 1989 and 1995, he worked as principal engineer and was an SME for SRS environmental monitoring, an effluent monitoring system engineer for reactors, and a start-up engineer for the Defense Waste Processing Facility. Prior to 1989, he worked as a project or construction engineer for such companies as Georgia Power Company (Plant Vogtle 1984–1989), Tennessee Valley Authority (1979–1982), Bechtel Power Corporation, and Martin Marietta Corporation and as research assistant at Rutgers University.

At SRS, Tim was awarded Vice-President's and Laboratory Director's Awards in 1998, 2003, and 2004 and more recently in 2015 for "Exceptional Scientific and Engineering." He was the coinventor for a patent granted in 2017 for a "Position Oriented Determination System and Method."

Tim was a leader in environmental health physics and a mentor to both students and early career professionals. He was a significant contributor, providing expert guidance and raising thought-provoking questions to the original Biota Dose Assessment Standard "A Graded Approach for Evaluating Radiation Doses to Aquatic and Terrestrial Biota" and its 2019 revision; as a member of the Department of Energy (DOE) Environmental Radiological Assistance Directory; and as a participant in the DOE RadNESHAPS meeting held each year at the HPS annual meeting.

An avid rower, Tim pursued his passion at the Augusta Rowing Club where he served on the Executive Board for 24 years as president, vice president, and finally treasurer for the past 20 years. Along with his board duties, Tim was the regatta director for the "Head of the South Regatta" for the past 16 years and the "Masters Southeast Regional Championships." Under Tim's leadership and exceptional organizational skills, both regattas are nationally recognized, and the "Head of the South" was designated as the second-largest one-day regatta in the United States. He was a referee and officiated in regattas both collegiate and masters throughout the Southeast. Tim was a coach and mentor to athletes both new and seasoned. He was a formidable competitor representing Augusta but would jump into a boat to help another team if they were a seat short so their boat could compete. He loved the competition and the beauty of the sport and thoroughly enjoyed introducing new people to rowing.

However, Tim was most passionate about his family. Married for 43 years, he and Donna met through mutual friends while he was attending Villanova University, where he earned a BS in Mechanical Engineering, and Donna was attending Temple University. Donna, a gourmet chef who has had a catering company since 2003, considers him the best on-call sous chef and best meat cook even though he was vegetarian! They have three sons: Mikhail, Tim, and Joey, and six grandchildren: Molly, Ellie, Emma, Nancy, Claire, and recently born grandson Leif. He was a devoted husband, father, grandfather, son, uncle, and brother.

Words that have been used to describe Tim include admired, respected, kind, generous with time and talents, thoughtful, hardworking, patient, quietly assertive, witty, family-oriented, wise, humble, stoic, and avid sports fan who knew the rules of every game … these are just the tip of what a wonderful scientist, mentor, colleague, family man, rower, and friend Tim was—he will be missed by all.

In honor of Tim's dedication to training and educating the next generation of health physicists, a scholarship has been established in in his name at the Georgia Institute of Technology where he earned an MS in health physics. Memorial gifts can be made via the following: