by Lila Anastas and Mary Walchuk 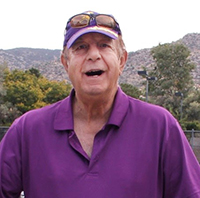 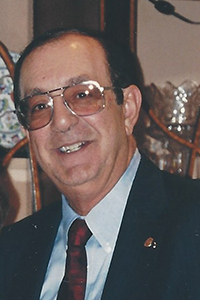 George was born in 1940 in Albany, New York, to parents Kinna and Demosthenes Anastas. He graduated from Albany High School in 1958, attended Colgate University, and received a BS in physics from the State University of New York at Albany. He received an MPH Degree from the University of Minnesota while on a US Public Health Service (USPHS) Fellowship in radiological health.

Over the years, George commented on proposed legislation and regulations and worked with the USPHS, the General Manager's side of the Atomic Energy Commission (AEC), and the regulatory side of the AEC, the Environmental Protection Agency, the Nuclear Regulatory Commission, and various state regulatory agencies. He also testified before New York, California, and New Mexico Legislative Committees.

George joined the HPS in 1968, shortly after joining the Northeastern New York Chapter. He served on the HPS Board of Directors and in 2001 was elected president of the HPS. George also served as president of the Northeastern New York Chapter, Sierra Nevada Chapter (where he was one of the founding members), and San Diego Chapter. He had been a member of the Northern California Chapter and Rio Grande Chapter and worked to establish the J. Newell Stannard Lecture Series (joint meeting of the Northern California and Sierra Nevada Chapters honoring Dr. Stannard).

A member of the Australasian Radiation Protection Society for over 25 years, George was elected a Fellow of that group. In 2003, the US Department of Homeland Security (DHS) recognized George for his work with the DHS Office of Domestic Preparedness to marshal the resources of the HPS to assist in the training and delivery of radiation detection equipment to first responders.

George had a lifelong interest in competitive sports and played tennis and softball for many years.

A Celebration of Life will be held 7 January 2023. In lieu of flowers, please make a donation to your favorite charity.

I first met George in 2001 when he joined the Environmental Evaluation Group. We worked closely there for three years. In 2006–2007, we worked on a National Institute for Occupational Safety & Health consulting project. Then we periodically reviewed reports and proposed regulations concerning the Waste Isolation Pilot Plant until 2021. George was a pleasure to work with. We both felt free to disagree, play devil's advocate's advocate, end up with the best solution, and enjoy the process. We also had a personal friendship beyond health physics. This included luncheon get-togethers, discussions about sports, and George keeping me updated on his children and grandchildren. I miss you, George. Look forward to seeing you later.