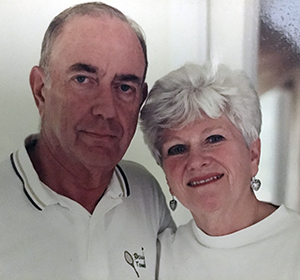 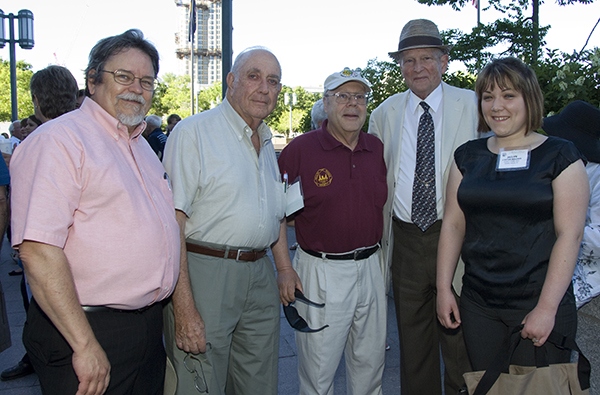 A Professional and Personal Memoir

On 14 June 2020, the health physics community lost one of its most eminent, productive, and colorful members with the passing of Allen Brodsky at his Maryland home at the age of 91. He leaves behind a large legacy of contributions that influenced the modern practice of health physics. He was totally accessible and always willing to help others, particularly junior members of the Society as well as policy makers and members of the general public. One only needed ask a radiological safety-related question and he would draw on his vast theoretical and practical knowledge to provide an understandable in-depth answer and often a lengthy discussion. Within the Health Physics Society (HPS) he was well known and highly respected, cherished, and, indeed, near legendary, with a reputation for his kindness, strong professional dedication and unwavering determination in his efforts to promote radiological safety measures to members of Congress and other high-level policy makers. His career encompassed a wide range of health physics areas, including regulatory (Atomic Energy Commission and Nuclear Regulatory Commission), operational health physics (Naval Research Laboratory, Science Applications International), civil defense (Federal Office of Civil Defense), medical physics and therapeutic radiology (Mercy Hospital), and academia (University of Pittsburgh, Duquesne University, Georgetown University). It began with the chance reading of a flyer describing a newly established one-year graduate-fellowship program in radiological physics at Oak Ridge National Laboratory (ORNL) that piqued his interest and led to him becoming a member of the first-ever fellowship class (1949–1950) and a student of Elda Anderson. Upon completion of the ORNL program, he served as a radiation safety and scientific officer for the first three thermonuclear nuclear weapons tests in the Pacific, making measurements of prompt radiations and radioactivity releases. The destructive force and radiological releases from these tests heavily influenced him, and much of his later career was devoted to emergency preparedness and protection from nuclear releases and warfare.

Allen was unarguably one of the most productive members of the HPS. His scientific and technical publications cover a wide range of topics, ranging from practical applications to rigorous statistical analysis of dosimetry uncertainties and low-level radiation effects and well beyond, as he coauthored the book Living with Insomnia (2011) with his beloved wife Phyllis. His publications are marked by their clarity, depth, and extensive references to the relevant scientific literature. He published no fewer than nine books, including editing and serving as a major contributor of the four-volume Handbook of Radiation Protection and Measurement and Protection (1978, 1983, 1986). Two of his later works are particularly timely and noteworthy: Radiation Risks and Uranium Toxicity (1996), published shortly after the start of military action in Kosovo, is a comprehensive tome that was especially useful in assessing and addressing concerns and suggested actions regarding exposures from depleted uranium in the environment from military use of tank armor-penetrating munitions; Actions for Survival (2011), a well-written eminently readable collection of information and guidance appropriately subtitled "Saving Lives in the Immediate Hours After Release of Radioactive or Other Toxic Agents" sparkles with anecdotes and experiences of the author over a period of a half century. Written for the nonexpert and concerned members of the general public, this book reflects one of his major concerns and areas of interest, namely, protecting people from radiation exposure from accidental releases of radioactivity to the environment. Most of all, he enjoyed the discussions from the floor after the formal presentation and especially informally discussing health physics with younger members of the Society, sharing his vast knowledge and experience and infecting them with his passion for health physics and professional honesty.

He was a charter HPS member and remained active over his entire lifetime, regularly attending and presenting papers at the national meetings, accompanied by Phyllis, who strongly supported his professional activities and with whom he shared the social aspects of the meeting. He served in numerous ways—as a member of the Board of Directors (1967–1970), gaining national recognition for the Society in the national standards area as an early chair of the Standards Committee, and for his organizing activities and leadership of the Homeland Security Section. He also helped organize two HPS chapters and received numerous awards recognizing his research, teaching, and service accomplishments, including biographical mention in Who's Who in America and other library biographical references. The Society honored him with election to Fellow (1992), the Founder's Award (1986), and the prestigious Robley D. Evans Medal (2001). He was named Failla Memorial Lecturer of the Greater New York Chapter of the HPS (1986) and the Radiological and Medical Physics Society and received the Radiation Science and Technology Award (1993) of the American Nuclear Society. He was also named to the Distinguished Alumni (2004) of the University of Pittsburgh (Pitt) Graduate School of Public Health and recipient of the Vicennial Medal of Georgetown University (2006).

Perhaps his greatest contributions were as a teacher. Allen was affable and friendly, open and accessible, with a charm that was enhanced by a number of captivating eccentricities, and he was generous to a fault. His success as a teacher is demonstrated by noting that although only a fraction of his professional career was spent in academia, he can count four Elda Anderson awardees among his students, a record unmatched by any other academic. His teaching style was, well, rather unique; often he was seen a half hour before class time making slides for his lecture with an old Polaroid camera. He held his seminars off campus at the nearby Fort Pitt Tavern, purchasing munchies for the group who individually bought the beverage of their choice. These typically ran overtime and were wonderful learning events. Much to the dismay of many a session chair, time did not concern him. Neither did fancy slides; he was notorious for showing a huge table of numbers that came out so small that they couldn't be read past the second row, and then discussing as many as he could in depth before the moderator got him to finish.

But Allen was no one dimensional individual. His broad interests led to academic degrees in three areas: chemical engineering (BE), physics (MA)—both from Johns Hopkins—and ScD from the University of Pittsburgh, plus the radiological physics year at ORNL. He also earned three professional certifications, one each from the American Board of Health Physics, the American Board of Radiology, and the American Board of Industrial Hygiene. Although intense professionally, he was affable and friendly, easily approachable, and responsive to all queries put to him, especially those from junior members of the profession, and even from persons hostile to his viewpoint. He played tennis well into his 80s and did a daily round of calisthenics in his home. He played piano and composed songs and frequented piano bars, where he would strike up a conversation with the pianist with the goal of replacing the pianist for a while, which he often did, taking over the piano playing and singing as well as any professional. And, on a few occasions, this resulted in offers of a paying job by the management.

Allen Brodsky anecdotes are legion among those who knew him, and I conclude with a few of my own. It was at the Graduate School of Public Health in 1961 that I, a young and just-beginning graduate student, initially met Allen, who himself had only recently been appointed to the teaching faculty. I thus became his first graduate student. It was the start of a lifelong personal and professional friendship that lasted nearly 60 years. As a student, I was supported by a fellowship paying $250 per month, and Allen as a faculty member made more than five times that. We both got paid by Pitt on the first of the month. You can imagine my amazement when about the last week of my first month at Pitt, Allen came to me noting that he was a little short that month, and could I loan him $100 until payday. After careful consideration, I acquiesced and loaned him what to me was a considerable sum. Sure enough, the day after payday, he repaid the loan. The new month progressed, and he again came to me about the 25th with same story and again received the loan. This went on each month for my entire time at Pitt. I still wonder what he did about his cash flow problems after I graduated and returned to the West coast! Then there was the Sunday he bought a used Renault in as-is condition from a used-car lot in a suburb of Pittsburgh. Two miles from the car lot, the vehicle stopped running and I was the recipient of a desperate call for help from Allen who, despite his engineering background, knew next to nothing about cars. Somehow, I was able to start the ailing vehicle, which ultimately had to be scrapped because it had so many mechanical problems.

All in all, Allen was an outstanding teacher, mentor, and friend. He taught me not only health physics, but how to be a scientist. The success I have enjoyed professionally is directly attributable to Allen's tutelage, and my gratitude to him is unbounded. Our friendship was close for six decades; each of us considered the other as his best friend, and despite the geographic separation of being on opposite coasts, we stayed in close contact with each other over the years. Rest well, old friend; you have earned it.