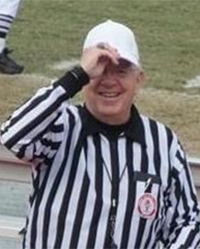 On 1 February 2021, Carter Braxton Ficklen passed away peacefully at home amidst his family.

Carter graduated with honors from Christopher Newport University and received his MBA from William and Mary. He began his career in health physics at Newport News Shipbuilding and, in 1977, became the first radiation safety officer at NASA Langley Research Center. In 1989, he joined Jefferson Lab and served a number of important leadership roles in environmental health and safety until his retirement in 2008. Carter helped develop the earliest ESH&Q program, including the initial safety assessments, as well as the development of safety basis documents and permit applications. He brought with him a wealth of industrial safety, industrial hygiene, and radiological safety experience. His array of professional contacts helped the lab establish vital connections with federal, state, and local regulatory authorities. Carter helped grow that array of contacts to include other national labs and accelerator facilities across the country. He was an active leader in his industry, serving as president of the Virginia Chapter of the Health Physics Society and the American Industrial Hygiene Association, Tidewater Local Section.

Sports were one of Carter's greatest passions. An avid tennis player since his teens, he served multiple terms as president of the Hilton Tennis Club. In college, he also found a love for being on the other side of the ball as an official. He officiated high school softball, basketball, and football for many years and was one of the Peninsula Football Officials Association's oldest crew chiefs. He found great joy in sharing his love of officiating in mentoring young officials, many of whom have gone on to officiate at the college level. In 2018, he received the Milestone Award from the Peninsula Sports Club, acknowledging his contributions during his 35-year career as a local official. But his love of sports was never more evident than in recent years when he was able to watch his grandchildren excel on the sports field.

Carter always believed in the importance of giving back to his community and served on many volunteer boards, including the United Way of the Virginia Peninsula, the Volunteer Center, the Peninsula Fine Arts Center, St. Andrew's Day School, and the National Aeronautics Support Team. His deep love and dedication for his family extended to his community and his faith. A lifelong member of St. Andrew's Episcopal Church, he served multiple terms on the vestry and as the director and coach in the church's youth basketball program for 26 years. He influenced the lives of countless young men on his teams, who later in life he would call friends.

Carter and his wife, Carol, celebrated their 57th anniversary earlier this year, sharing a lifetime of love with their friends and family. During their retirement, they traveled extensively with friends, continued their love of spending time in the Outer Banks, and enjoyed time with their five grandchildren. Carter is survived by his wife Carol Lipscomb Carter; their three children, Margaret Ann, Frances, and Carter III; and grandchildren, Thomas, William, Skylar, Braxton, and Elizabeth.

In lieu of flowers, the family asks that donations be sent to St. Andrews Episcopal Church in Newport News, earmarked for community outreach. Arrangements are under the care of Peninsula Funeral Home, 11144 Warwick Blvd., Newport News, VA 23601